Posted on November 29, 2012 by mommydaybyday 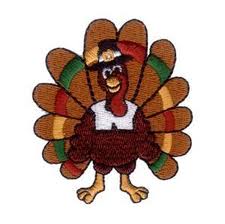 The Thanksgiving turkey is barely digested, the leftovers aren’t cold yet, and the dishes are still in the dishwasher but none of that matters. Thanksgiving ends with abruptness of a sledge-hammer Thursday night. I always feel a little bad for Thanksgiving, as a holiday it kind of gets the short end of the stick. Thanksgiving is the middle child of the fall holidays. It’s kind of smashed in-between Halloween and Christmas and really doesn’t get the respect it deserves.

As the door on Thanksgiving slams shut rather quickly the door to Christmas swings wide open. By the time you wake up from your food coma Friday morning early risers have already put up their trees, decorated their houses in lights and garland, and are singing Christmas carols!

It just seems so early! Christmas is not for weeks!

I was one of the many who refused to decorate for Christmas the day after Thanksgiving. Simply on principle I would not partake in such nonsense. I need time to transition from Thanksgiving to Christmas. In addition, I adamantly refuse to Black Friday shop but that is more about the fact I don’t know what to get anyone rather than on principle.

For years I would wait, and of course run out of time as December is insanely busy.  Instead of the decorations going up too early they went up too late only days before Christmas Eve.

It was time for a re-evaluation… Was it really worth it to take a stand and refuse to decorate? In the long run what was I proving? And to whom was I proving it to? In hind sight it seemed a little silly to wait until later to decorate when I have the time on Friday. I am off from work, I don’t Black Friday shop it just makes sense.

So now I have joined the ranks of the day after Thanksgiving decorators. Friday morning

I  was fa la la la-ing along with everyone else. Amelia joined in the fun and put on her Santa hat and ho ho ho-ed all day long.

I am happy to say my decorations are up… so what if it’s still November! I can enjoy my decorations for the whole season and more- since in the spirit of full disclosure I don’t take them down until around Valentine’s Day!